Steven Michael Grindle was born in Toledo, Ohio on June 15, 1964, to Rebecca Ann and Lawrence Francis Grindle. He graduated from Bedford High School in 1982. Steve met his wife, Jane Anne, while attending college at the University of Toledo. They both graduated in 1988: Steve with a Bachelor of Business Administration and Jane Anne with a Bachelor of Arts in Biology and Comprehensive Sciences. They were married on June 25, 1988, at First Congregational Church in Toledo, Ohio. In 1985, while attending
college, Steve began working at Champion Credit Union, Inc. as a customer service representative. During his tenure with Champion Credit Union, he worked in various positions over the years; he is currently serving as the President/Chief Executive Officer. Steve does all that he can to embody the philosophy of the Credit Union, “People helping People” by participating in many community events like Habitat for Humanity, Great Strides Cystic Fibrosis Walks, Pumpkin Path at the Toledo Zoo, as well as coordinating Finance 101 in several local high schools.

Steve and Jane Anne have two children, Suzette and Michael. Steve enjoys spending time with his family and camping. He also likes gardening, grilling, and watching NASCAR on Sundays. Steve and Jane Anne enjoy socializing with their masonic friends during their travels around the state as members of the Grand Lodge of Ohio, as well as staying in touch with their non-masonic friends by attending “Friday Night Dinners.”

Most Worshipful Brother Grindle served as District Deputy Grand Master in October 2009 until October 2012. In 2014, he was appointed District Advisor for the Illustrious Eleventh Masonic District, and he served in that capacity until October 2016. In October 2015, at the Grand Lodge of Ohio Annual Communication held in Columbus, Ohio, Right Worshipful Brother Grindle was appointed to the office of Junior Grand Deacon by Most Worshipful Brother Robert C. Rill Jr. He was subsequently appointed as Senior Grand Deacon, Grand Marshal, and Grand Orator. He was elected Junior Grand Warden in Marietta in 2019, Senior Grand Warden in Wilmington in 2020, Deputy Grand Master in Sharonville in 2021, and honored to be elected to serve the Brethren of the great State of Ohio as Grand Master, installed in Columbus on October 28, 2022. 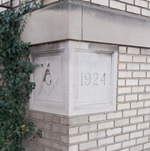 On Saturday, October 22nd, the brethren met at the Masonic Temple, and with the asssitance of John Morganstern (Local Mason Contractor), we were able to cut the stonework loose from the building and remove the conerstone. It did not come out easy, it took several hours of cutting, prying, chiseling by hand to free … END_OF_DOCUMENT_TOKEN_TO_BE_REPLACED

Last Meeting in the Barberton Temple Our last meeting at the Barberton Masonic Temple was an Entered Apprentice degree for Brother’s Christopher P. & Benjamin H. There have been a lot of memories produced in this infamous room, and this photo captured that moment in time for those who attended. Official Move to Barberton Masonic … END_OF_DOCUMENT_TOKEN_TO_BE_REPLACED

Ill & Confined Brothers Our prayers and best wishes to the Brothers whom we know to be ill or confined. To the Brothers listed below, we would appreciate very much hearing from you and bringing us up to date as to how you are doing. At our stated meetings we do report to the Brothers … END_OF_DOCUMENT_TOKEN_TO_BE_REPLACED

In previous bulletins, we showed you how to gain access to the Grand Lodge of Ohio Membership portal; which is called GrandView.  Here are a few more items within the portal that will help you navigate. When you login into Grand Lodge Masonic Membership Manager (grandview.systems), you will be presented with the dashboard referenced above.  … END_OF_DOCUMENT_TOKEN_TO_BE_REPLACED