On Tuesday, June 28th, 2022, at 7:00pm, a special meeting was opened by the Worshipful Master, Tyson T. Trammell, for the purpose of voting on selling the Barberton Masonic Temple to the city of Barberton.  Our District Deputy Grand Master, R.W.B. Daniel J. Schario, was in attendance to assist in the procedure for the evening. After some brief discussion, Worshipful Master, Tyson T. Trammell declared the ballot open.  A written paper ballot was used for the voting, and the motion passed to sell the building.

During this same meeting, Worshipful Master, Tyson T. Trammell, then held a vote to purchase the new Church facility.  After some brief discussion, Worshipful Master, Tyson T. Trammell declared the ballot open.  A written paper ballot was used for the voting, and the motion passed to purchase the church facility and make it our new home for National Lodge #568.

Since that vote on June 28th, we have been very busy preparing for the next chapter in our history.  The contracts have been signed, funds have been transferred and we now have keys to the new facility.  The Temple Board president and the Officers have been busy, meeting at the temple and going thru the rooms.  They have been ‘staging’ equipment to be moved to the new facility and clearing out any old or outdated materials. As with most households, after 90+ years in the building, we have accumulated a lot of ‘stuff’.

So where do we go from here – we will start by preparing the new lodge room for Lodge business.  We will need to remove some of the existing pews and move some others to use as sideline seating.  The ‘East’ needs very little preparation, but the West and South will need to have some platforms built.  As for the offices and dining room, very little work is necessary to make it useful to us.  As time moved forward, small updates will be made to make the new facility our ‘Home’ While we may move some of the smaller items during the month of September, we have set October 1st and 2nd as the ‘Official’ move date. We will have equipment for the move and will need all the help we can get.  This seems to be the best timeframe to move the larger lodge paraphernalia and be ready to hold meetings at the new facility, with the October 4th stated meeting being the first trial run. 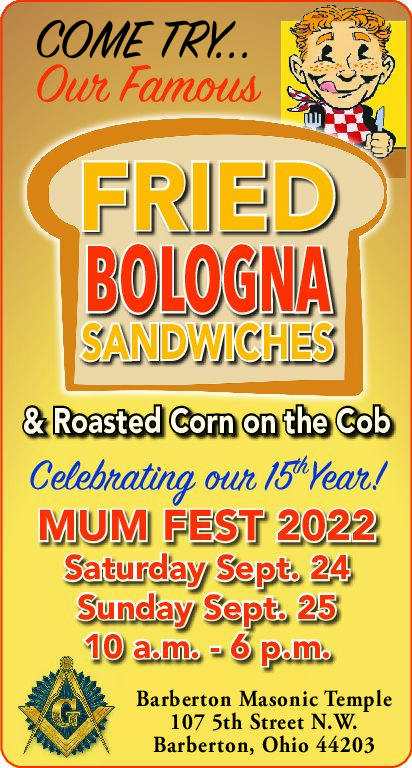 It’s that time of year again to enjoy our famous ‘Fried Bologna Sandwich’. Come out and support National Lodge at our annual Fundraiser on September 24th and 25th, 2022, at … END_OF_DOCUMENT_TOKEN_TO_BE_REPLACED

On Tuesday, June 28th, 2022, at 7:00pm, a special meeting was opened by the Worshipful Master, Tyson T. Trammell, for the purpose of voting on selling the Barberton Masonic Temple … END_OF_DOCUMENT_TOKEN_TO_BE_REPLACED

Ill & Confined Brothers Our prayers and best wishes to the Brothers whom we know to be ill or confined. To the Brothers listed below, we would appreciate very much … END_OF_DOCUMENT_TOKEN_TO_BE_REPLACED

In previous bulletins, we showed you how to gain access to the Grand Lodge of Ohio Membership portal; which is called GrandView.  Here are a few more items within the … END_OF_DOCUMENT_TOKEN_TO_BE_REPLACED